Road Rage And Teens: What Every Parent Should Know 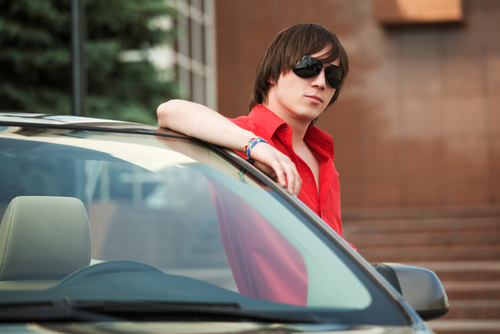 Road Rage And Teens: What Every Parent Should Know

Road rage and teens is a match made in Hell. As parents, we know that teens sometimes have judgment issues. We also know how emotional they can get. And still, kids are eligible to apply for a driver’s license at the age of 16.

Now isn’t that every parent’s nightmare?

So you’re wondering: is there anything at all you, as a parent, can do, to have a positive influence on your child when he’s far away from you, out on the road, and behind the wheel?

Sure there is. Let’s start with you. Are you always cool, calm, and collected when driving? Congratulations, then. You’ve been a wonderful example for your child. He’s watched you be courteous to other drivers. He’s never seen you grumble curses under your breath or flip another driver the bird for cutting you off. That means you’re halfway there for modeling the sort of behavior you can only hope he’ll emulate now that it’s his turn in the driver’s seat.

Of course, that’s not the whole story. Teenagers are a (road) raging mass of hormones and their brains are in a very active stage of development. They may find it hard to keep their emotions in check and their stress levels tolerable. And of course, if they get overemotional or stressed out, it’s likely those emotions will express themselves as aggression toward the dude on the road that’s really messing with their brains.

That is exactly how road rage starts. Road Rage And Teens: The Hallmarks

So how can you know if your teenager is going to be able to keep it together while driving? You take a look at his overall behavior and see if any of the hallmarks of the typical road rage personality are there. Let’s take a look shall we?

Okay, so let’s say your kid doesn’t test too well. She gets a seven out of the above eleven possible hallmarks for road rage. Now what?

Be ready to take action, that’s what. You need to DEAL with this. In fact, let’s assume your teenager has already shown signs of road rage—what should you do? Don’t really care. And you shouldn’t either. It’s your job to protect your kid. If she’s a menace behind the wheel, take that wheel away from her.

Now naturally, she’ll scream and cry and want to get you to change your mind with all manner of unpleasant behavior. Reassure her that she can get the key back by proving she knows how to drive like a normal human being. Talk about what that will entail. Be totally firm and unyielding.

The bad driving behavior is not something she’ll grow out of. It’s not a phase in her development. It’s life-threatening and will remain a habit and a temptation until you nip it in the bud for good.

Begin by telling your teenager that she can drive, but only with you in the car alongside her. Once her driving behavior convinces you beyond all doubt that she has learned her lesson, you can return the keys to her eager little hands. Of course, you need to let her know that having driving rights is a privilege that must be continuously earned by stellar driving behavior.

If you see that despite your willingness to ride alongside her until she models good behavior, she remains angry and confrontational behind the wheel, don’t be a fool. Don’t give her the keys even for a short drive to the drugstore to buy toothpaste. Just don’t do it. No.

No keys until she’s learned her lesson.

Does it seem like she’ll never be calm enough to regain those keys? Get her counseling with a mental health professional. And then withhold those car keys until the professional clears your teenager for active driving duty.

If you only suspect your child might be prone to road rage, don’t be afraid to ask others to let you know what they observe when they see your teen driving. Talk to other parents, your child’s teachers, and any other adults that are close to your family and ask them to watch and observe how your child drives.

Make sure they know you want to hear if there are incidents of erratic, angry behavior while your child is behind the wheel. You’re not asking them to rat your child out: you’re just asking them to help you keep your child (and the other motorists on the road) safe.

Don’t let anyone shake your resolve in taking action to prevent your child from driving if you suspect she has an issue with road rage, or is susceptible to developing such an issue. You are keeping your child alive. She won’t always be a teenager. And someday she’ll be all done with the crazy hormones that cause her to take risks. Your job is to keep her safe until that day arrives.

It’s a difficult job but someone’s got to do it.

And that someone, as your child’s parent, is you.

Kars4Kids has a campaign to draw attention to road rage and safe driving. Check out our Beep-Off App. You won’t want to leave home without it!