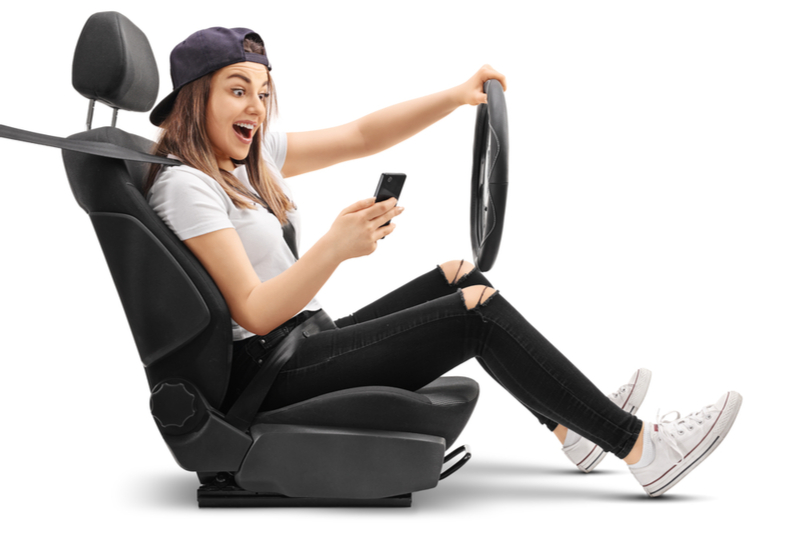 Scare tactics in the form of fear-based messaging, doesn’t work. Such messaging, along with horrifying crash scene footage have long been the lynchpin of safe-driving campaigns for young people. A new study, however, shows that Fear-based messaging, does not reduce risk-taking driving behavior in young drivers. Watching virtual reality films of violent collisions, meanwhile, may actually increase risky driving.

Worldwide, new drivers aged 15-25 account for almost half of the over one million deaths on the road each year, according to the World Health Organization. That’s no surprise: young drivers are generally new drivers. What we didn’t know until now is that scaring kids doesn’t do a thing to make them drive more responsibly.

A study by Clara Alida Cutello, PhD, of the University of Antwerp looked at the impact of fear versus positive messaging on new drivers. The participants were146 students who had been driving for fewer than five years. The research team, comprised of psychologists, look at messaging content and delivery in driver safety intervention programs. Until now, creators of such programs thought that evoking a sense of fear by illustrating a serious consequence, for instance death, might encourage more careful driving. The opposite approach consists of positive messaging to show that driving safely has positive consequences. Positive messaging might use humor, empathy, or model safe driving behavior, to encourage safe driving behavior.

Experts thought that scare tactics might have the strongest impact on young drivers. As it turns out, however, the opposite is true. Students who watched a scary virtual reality film reported even more risky driving behaviors, after the fact. Those who watched a positive message-based virtual reality film, on the other hand, showed the greatest reduction in dangerous driving behavior. It seems that showing young people scary, graphic footage of car collisions activates defense mechanisms. These defense mechanisms resulted in rejection, detachment and shortened attention span, along with an increase in risky driving behavior.

This is important because scare tactics have also been used in other campaigns aimed at young people, for instance against drug use, smoking, unsafe sex practices, and HIV prevention. Frightening young people, as it turns out, may not be the best way to inspire safer behavior. It seems that positive reinforcement may be the way to go when it comes to reaching the hearts and minds of our youth. Young people are a very vulnerable sector when it comes to the dangers of risky behavior. Let’s hope the experts learn the importance of positive messaging.

The remake of “The Great Gatsby” was remarkable as a film, but also for Gatsby’s stunning yellow Duesenberg J, a car worth a cool $3 million.

Another Tesla recall, the 11th since the end of January 2022. This time it’s overheating touch screens that go blank, leaving riders at risk.

What do you know about global warming and climate change? According to one survey, not much. A new Kars4Kids resource may make a difference.