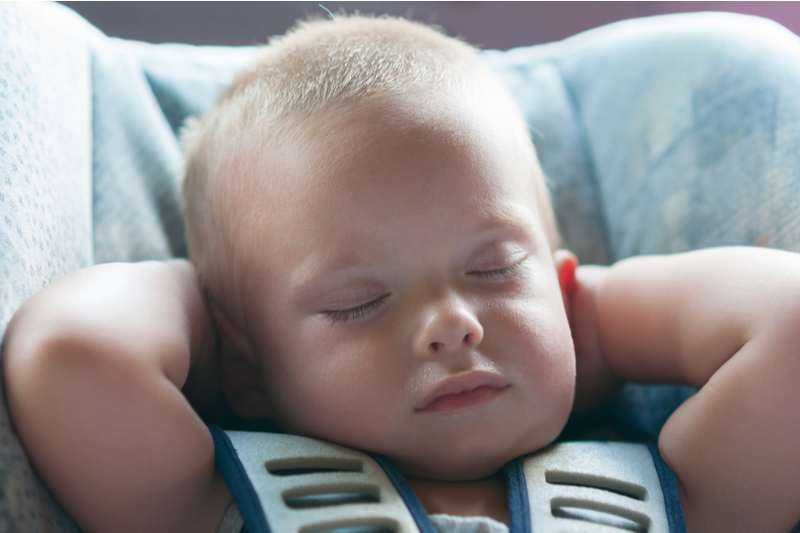 Leaving unattended children behind in a car can be lethal. We know this because as of February 2, 2021, 882 children have died of Pediatric Vehicular Heatstroke (PVH) since 1998. These were preventable deaths.

Despite the alarming rate of infant deaths due to being left behind in the backseats of cars, only 21 U.S. states have passed Unattended Child in Vehicle laws to protect this most vulnerable population. The laws aren’t always as comprehensive as they should be, but that is not the real “crime,” here. The most disturbing aspect of this legislation is that there are more states with laws about leaving animals behind in cars than there are about unattended children. There are 31 states with unattended animals in vehicles legislation, compared to the 21 states with laws regarding children left behind in cars.

Think about what this means. There are 50 states. Fewer than half of them have passed legislation protecting children from the dangers of being left behind in cars to die of vehicular heatstroke. More than half of all of U.S. states, on the other hand, made the effort to protect animals from the same fate.

No one thinks that animals should be left behind in cars to die. But does anyone really think that animals left unattended in cars should receive more attention than the hot car deaths of human infants? Why have we been so slow, as a society, to do something about this deadly state of affairs?

We like to think of the United States as a country of laws, a country that has made great progress on the score of safety and health issues. But it seems that on the score of babies left to die in hot cars, we have work to do. There is an urgent need for more states to address this life-threatening issue.

The United States, of course, isn’t the only country with a problem of unattended children left behind in vehicles. A rising number of Israeli infants have also succumbed to pediatric vehicular heatstroke in recent years. As a result, Israeli Transportation Minister Miri Regev has been instrumental in crafting a law that will obligate all drivers with children under four years, to install an electronic warning system to alert parents of a child left behind in the vehicle. Such child safety alarms will be required in all Israeli cars driven by parents with young children, by August of this year.

It may be a bit easier to pass a comprehensive law such as this in a small country like Israel, that doesn’t have to deal with states’ rights. And still, it makes no sense that we are more concerned about our dogs and cats than about our children. It looks like we have a ways to go in caring for the youngest members of society: our next generation.

While we’re on the subject of hot car deaths, you may want to check out Kars4Kids Safety, a free app that alerts drivers to the presence of a child left behind in a car. Many parents think it can’t happen to them—that they would never forget their most important possession: their child. But it does happen, more often than you might suspect, and it’s better to be safe than sorry.