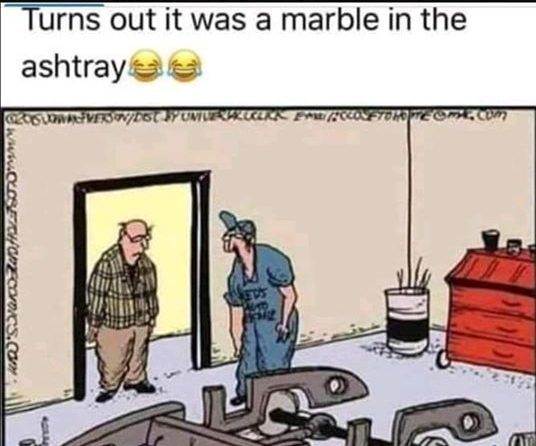 Rats could be making your car misbehave thanks to the coronavirus. So says a recent piece in the Detroit Free Press detailing the sad story of rodents on the prowl for food, now that eateries are closed. The hungry creatures get into cars and nibble on the (soy-coated!) wiring; build nests that pose a fire hazard; or die and create a horrifying smell. The rat problem is something new to keep in mind when purchasing a used car, something that more and more people are doing during the pandemic.

Rats aren’t the only creatures that can get in your cars. It seems that in cold weather, it’s only natural that animals like mice, rats, squirrels, woodchucks, and opossums will look to your car as a place to get warm. The animals can cause lots of engine damage in winter. Typically, the creatures crawl into the engine, where it’s warmest, and chew on the wiring while they’re there, wreaking havoc on the car’s electrical system.

Animals, of course, aren’t the only odd things that make cars misbehave. We’ve all heard stories of car owners spending a fortune to find out what’s wrong with their cars, only to find out it was an inanimate object that worked its way into the inner workings of the automobile, rattling away and making a horrifying racket. Sue Hirsch recounted one such tale of woe: “I had a 1971 Plymouth Cricket. It had a terrible rattle. After many trips to the dealership (where the car was purchased) they discovered an empty coke bottle in the empty space between the outer door and inside covered part of the door.”

Not all the things that work their way into the workings of your car are as small as a coke bottle, either. Bob McIntosh was sure the differential had exploded on his car. Every time he turned the corner he heard a huge bang coming from the rear of the car. Bob took the car to his service center and within a few hours they called him to come pick up the car, the problem was no more.

When Bob asked about the repair the mechanic said something about loose parts in the rear of the car. Then he reached down to retrieve a bowling ball, which he plunked down on the counter with a flourish. Bob’s mouth opened so wide with shock, the bowling ball might have fit inside the yawning oral cavity.

Sometimes the things that work their way into the more mysterious parts of your car don’t cause serious damage. They just smell. Really, really bad.

Avery Sanborn, for instance, had a car with such a powerfully bad odor that family members went on strike: they wouldn’t ride in or drive that car anymore until the issue was resolved. Sanborn resolved to get to the bottom of things. “We cleaned the interior and used a powerful odor absorber which alleviated the problem for several days only to have it return. We finally found the problem after removing the back seat. As it turned out, a package of ground beef had fallen from the trunk and landed behind the seat.”

Sometimes, of course, the objects in our cars cause needless concern, and turn out to be nothing at all. Hannah Schwartz was concerned when the “check engine” light went on in her car and stayed on for a week. After some procrastination, Schwartz took the car in to see what was wrong. As it turned out, “It was a book on my dashboard throwing off the sensor!!”

Now that you know about the proliferation of things that make your car go bump in the night, sometimes literally, you’ll want to know what to do about it. While we can’t keep the odd bowling ball out of your trunk, we can tell you how to protect your car from random critters: