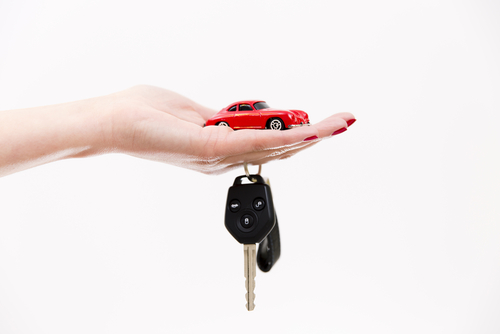 Car traffic is on the upswing in cities all over the world, as coronavirus lockdown measures are eased. At the same time, fewer riders are opting out on public transportation, due to fears of contagion. Consumers contemplating the purchase of a new car this year, cite fears of catching COVID-19 while riding subways, buses, trains, and taxi cabs. They just don’t want to take the chance of being in an enclosed space with those who might have the virus.

In one sense, this is a shame. One of very few positive aspects of the global pandemic has been cleaner skies. With more people staying home, there were no planes, ships, cars, trucks, or factories to burn the fossil fuels that release nitrogen dioxide into the air. According to Forbes, the reduction of NO2 was quite dramatic in some cities, with levels reduced by over 50 percent.

Now that lockdown restrictions are being lifted at least to some degree, that one positive trend stands to be reversed, as people choose cars over riding the bus or subway. People just don’t want to be standing body to body in a bus right now. This trend appears to be universal, with morning traffic higher than last year at this time in Beijing, Shanghai, and Guangzhou, China, and subway traffic way below average.

In the U.S., 53% said they would be less likely to use public transportation in the future, according to a Detroit Free Press report on the survey. The survey also found that of the 35% of respondents contemplating the purchase of a car this year, a full three-quarters said that car ownership would give them better control over hygiene, while 68% said riding in one’s own vehicle reduced the chances of catching the virus, compared to public transportation or ride-sharing services like Uber or Lyft.

The same survey suggests that young people who never previously owned a car are now thinking about buying one. According to the survey, 45% of those under 35 were thinking about buying a car. Half of those survey participants under the age of 35 want to use public transportation less often, in favor of using a personal vehicle, instead.

What this all means is more people buying cars, many of them at a younger age than ever before. This, of course, means even more air pollution. Which is a shame, as it effectively reverses the one bright spot in all of this: cleaner skies due to people staying in their homes and off the road.

70 years after the launching of the first Corvette, the classic sports car has now gone hybrid on the way to making a fully electric ‘Vette.

Air quality is probably the last thing we think about when debating whether to walk or drive to work. But research conducted by researchers at the University of Leicester, shows there is a significant difference in air quality for those who commute by car. Drivers may be exposed to higher levels of toxic gases in the air they breathe.

Car buyers may be left waiting for a long-awaited new vehicle, deliveries will be a mess, and cows will need to have their feed rationed. But much worse than all of this—and much more—would be the impact on the environment. That is, in the event of a major rail strike.