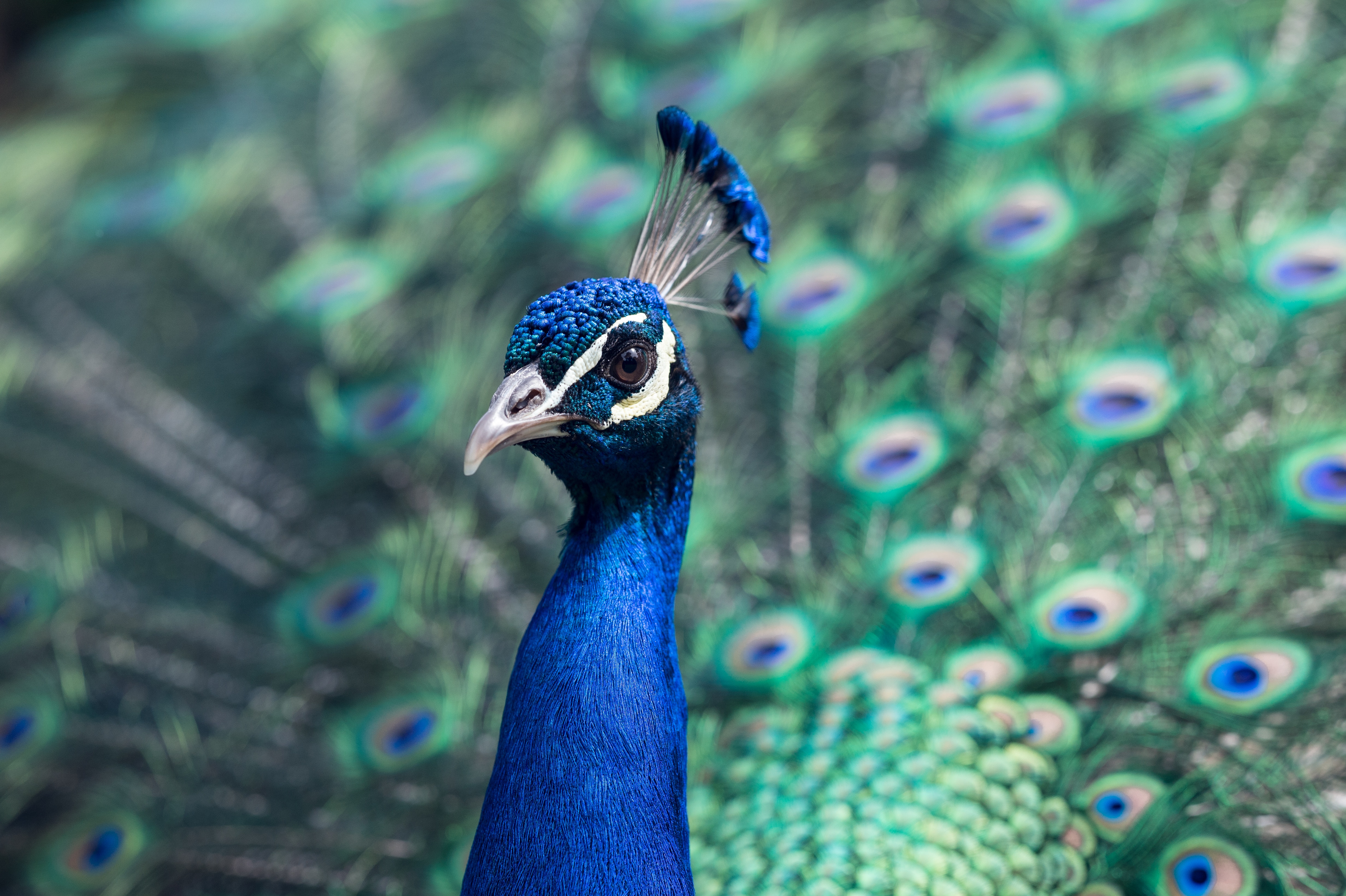 The residents of Surrey, British Columbia have a problem. Namely, a rowdy crew of 150 feral peacocks. The colorful birds have disrupted the peace and damaged property, too.

It all began with a guy who decided to farm the plumed animals turned menace. The farmer moved away, but the birds stayed.

That’s when the trouble began.

First of all, they’re loud. The peacocks wake babies from their naps. Some say that’s because the birds took over one resident’s tree and he illegally cut it down to get rid of them. That means frustrated birds, which means noisy birds.

The peacocks also take over property. For one family, this meant they could no longer use their front door, as the birds had taken roost on the front stoop.

The worst of it all, however, is the damage to cars, especially shiny new luxury cars in dark colors. The peacocks see their reflections in the shimmery new paint jobs and just have to peck at the brazen images staring back at them. That’s just the way peacocks roll.

So, lots of scratches on the shiny new, no longer so shiny or new cars. *sigh*

There’s a peacock problem in this #Surrey neighborhood! The birds catch themselves in the reflection of vehicles, and end up scratching the cars. Neighbours say they’re also extremely loud. City officials say they’re speaking with experts to determine next steps. pic.twitter.com/nTAOZr4vJ8

For some people, there will be marks front, side, and back, and the bird stalks its adversary, attacking from every side.

We’re not talking pennies, here, but thousands of dollars’ worth of damage. What to do? The residents have no clue. No local agency is willing to take responsibility for the birds or the damage they cause.

The moral of the story? Don’t park near peacocks. And if you do, please know that Kars4Kids will be happy to take your scratched up luxury car off your hands!

Not that we have anything to do with those 150 feral peacocks that just happen to be roaming an upscale British Columbia neighborhood. . .

70 years after the launching of the first Corvette, the classic sports car has now gone hybrid on the way to making a fully electric ‘Vette.

Air quality is probably the last thing we think about when debating whether to walk or drive to work. But research conducted by researchers at the University of Leicester, shows there is a significant difference in air quality for those who commute by car. Drivers may be exposed to higher levels of toxic gases in the air they breathe.

Car buyers may be left waiting for a long-awaited new vehicle, deliveries will be a mess, and cows will need to have their feed rationed. But much worse than all of this—and much more—would be the impact on the environment. That is, in the event of a major rail strike.