Take Responsibility – It’s the Right Thing to Do – Man Up 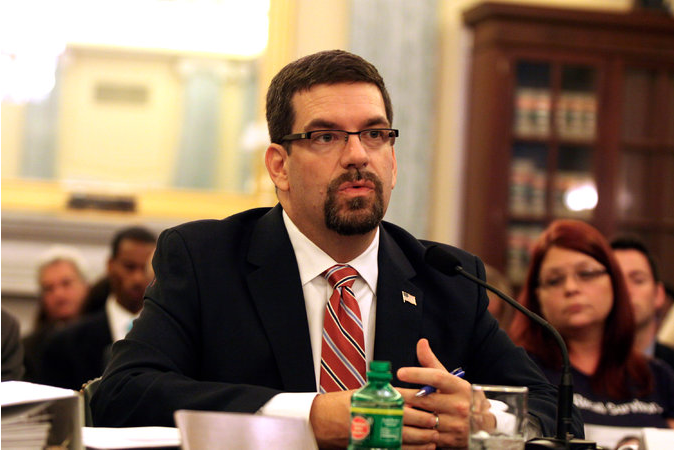 Take Responsibility – It’s the Right Thing to Do – Man Up

David Friedman, the acting leader of the NHTSA is not in a very comfortable seat right now. He is faced with much criticism for what his agency didn’t take care of in time to prevent the many unfortunate deaths, aside from that he also shifted the blame to GM the car manufacturer.

General Motors has had ignition switch issues causing cars to veer off on the road and airbags not deploying properly for a number of years already. Many tragic deaths have occurred because of these flaws. It seems that the main federal safety agency (the NHTSA) responsible for ensuring that these matters are taken care of has not fulfilled its duties. Not only that, but the agency is shifting the blame to the government owned auto manufacturer (GM).

I’m not here to place judgment or to point fingers. What I will say is that one of the hardest things for a person to do is to say “I’m sorry”, “It was my mistake” and things like that. It is my belief and I’m sure many others’ as well, that when someone is able to so to speak “man up” and assume responsibility only gains respect. Even if he/she has to face certain consequences for their actions, people are likely to have a much more favorable look towards him/her and only respect and forgiveness is gained. Hillary Stout and Aaron M. Kessler shared in The New York Times that many members in Congress along with relatives of victims of these crashes expressed disbelief in how David Friedman dealt with the responsibility placed upon him. You can see these comments below

People, not deliveries When dealing with car deaths, we’re not dealing with some unhappy Amazon customers who have not received their package on time. We are dealing with human lives, grieving family, and friends; human beings that have and could have impacted our world in very positive ways.

Aside from all the safety measures drivers and passengers must take when riding in a car, the automakers along with safety agencies they have to answer up to have many safety issues to contend with as well. Yes, business is about making money, but it cannot under any circumstances come at the expense of human safety.

Whatever is going on in the news with GM and the NHTSA is unfortunate but hopefully will be corrected for the future. What  these companies and agencies can take for themselves and us for our own private lives is the ability to take safety seriously, for ourselves, other drivers and passengers (especially children), the elderly and every human being. Taking responsibility for a mistake, admitting to a wrongdoing and misdemeanor is not a fault rather something to take pride in. It shows that you are the human who is intended to be, the one who makes mistakes, commits wrongdoings and goes about fixing them and themselves.

See the video below which shows how admitting to mistakes is professional and something to be proud of.

Below are some interesting quotes from both members of The House and a relative of a victim.

“You want to obfuscate responsibility, rather than take responsibility,” Ms. McCaskill, a Missouri Democrat, said, her voice rising. “We’ve all said shame on G.M.” She added, “You’ve got to take some responsibility that this isn’t being handled correctly.”

“But Mr. Friedman declined a request from Senator Edward J. Markey, Democrat of Massachusetts, that he apologize to the public for the agency’s failure to act on thousands of driver complaints about stalling in Cobalts and other G.M. vehicles.”

“As Mr. Friedman continued to speak, Ms. Christian (birth mother of victim) said she could feel herself getting flushed and increasingly upset over the agency’s lack of remorse.”

Go back to where you were