Road Rage: How to Avoid It And Keep Your Children Safe 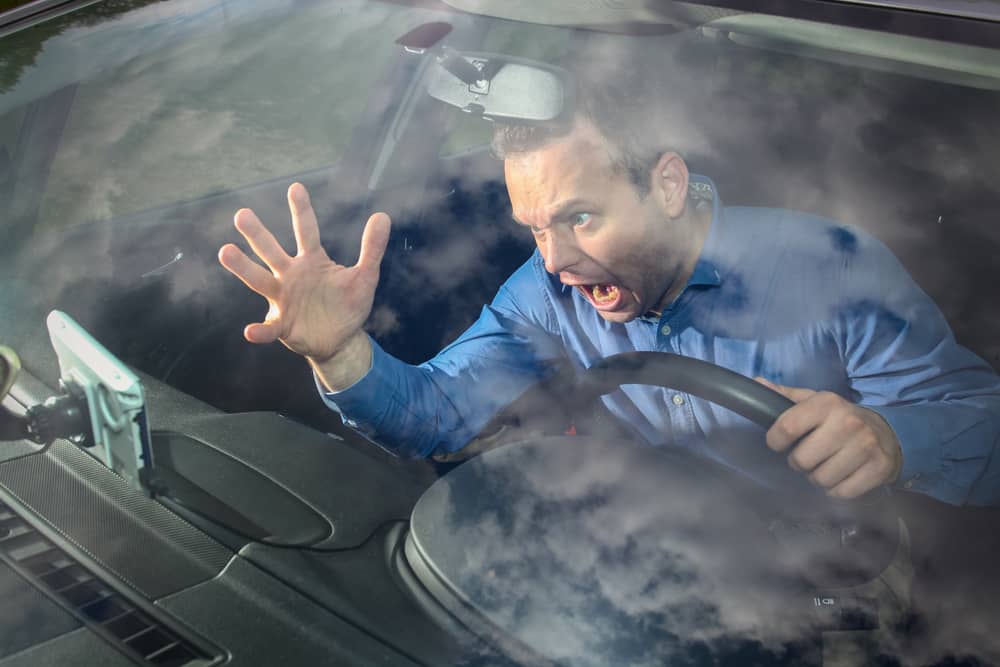 Road Rage: How to Avoid It And Keep Your Children Safe

Both road rage and aggressive driving are of great concern to parents who are often on the road with kids in tow. There are many facets to that concern. A parent may think twice before engaging in aggressive driving, knowing there’s a kid watching his every move. And that’s a good thing.

You’re teaching your child to be a careful driver, one who is more concerned with safety than, for instance, punctuality. That’s why you don’t speed or run red lights, even when you’re late for an important appointment. You’re also demonstrating for your child resilience in the face of dealing with unpleasantness, for instance rush hour traffic.

While you’re busy being a good example for your child, however, there are variables you cannot control. What if the maniac in the car behind you flies into a rage, targeting YOU as his victim? This, of course, is one of your worst fears. Because you don’t have control over the whole world, but you’re still every bit as responsible for that little one in the back. Speeding, tailgating, running red lights, cutting other drivers off, switching in and out of lanes erratically, these are the sorts of driving behaviors associated with the term “aggressive driving.” Aggressive driving is about a lack of patience, and a lack of consideration for others. And it’s plenty dangerous, too. Aggressive driving is cited as the cause of or a contributory factor in up to 56% of fatal crashes.

Road rage is dangerous, too. A study conducted by the AAA Foundation found 1,000 road rage incidents, occurring over the course of seven years, to be responsible for 218 murders and 12,610 cases of injury. Drivers, when asked to explain what made them cross the line into that dark place called “road rage” cited reasons that seemed trivial, especially when recited by the defendant in a court of law, on trial for attempted murder. “She was tailgating me for MILES,” they might say, or, “He wouldn’t let me pass! What was I supposed to do??”

Now imagine you’ve got a child passenger in your car, watching your every move—that means no freaking out or cursing. Your child looks up to you as the person who knows what to do in every situation—that means remaining calm no matter what. Furthermore, your child trusts that even in a scary situation, you’ll serve as his protector. That last one? That’s why you need to bone up on how to deal with random road rage, the kind that is directed toward you (and your child).

You need to know how to extricate yourself from the situation as quickly as possible, which may mean knowing how to deflect the rage directed at you, and by extension, your child. But perhaps it’s even more important to understand what you can do to avoid being the focus of road rage, starting with your driving behavior.

There are some driving behaviors that are commonly cited as enraging other drivers. These behaviors, which can be seen as offensive, include:
Cutting Off Other Drivers—Try to ensure you’ve got room to spare when you merge. Use the turn signal to show other drivers your intention before you make that move. So let’s say you cut someone off, without having meant to do so—gesture to the other driver your apology. And if someone cuts you off? Slow down and give him lots of room. It’s not about winning or losing. It’s about living another day. For you and your child. Slow Driving In The Left Lane—Or perhaps this should be rephrased as someone THINKS you’re driving slow in the left lane. Actually, you’re driving within the speed limit, but the guy behind you is impatient and wants to pass. Anyway, in some states, the far left lane is reserved for passing. So don’t quibble over people wanting to pass, just move over to let those other drivers pass you by.

Tailgating—Nobody likes the feeling of a car tagging along, tailing you much too close for comfort. It’s recommended for drivers to leave a two-second gap between cars. You measure this by watching when the car in front of you passes something stationary, for instance, a sign. If you’re traveling the right distance behind that car, you should be able to count, “one thousand, two thousand,” before you reach the same point.

If, on the other hand, you feel the car in front of you is moving too slowly, slow a bit to let the car move further ahead. You want to give him plenty of room, in case he does something unexpected (like suddenly put the brakes on). By giving him more space, you create more reaction time for yourself.

If you feel someone tailgating you, check if you can see the car’s headlights in your rearview mirror. If you can’t, signal and pull over to the side, to let the car pass you.

Let’s say despite your best behavior, you’re confronted by an angry driver. Don’t let him suck you into his angry vortex. Steer clear (literally).  Here’s how:

Remain Calm—The other driver will try to upset you by saying or doing things that are unpleasant. Take deep breaths and don’t let yourself get upset. He will soon see he can’t get a rise out of you and maybe he’ll just leave you alone. Now wouldn’t that be nice?

Offer A Wide Berth—the best thing you can do is put as much distance as possible between you and the angry driver. Let him pass you or pull ahead. Slow down to create distance. Don’t pull off the road with an eye to settling things. You don’t want to engage the angry driver. You want him to go away. No Eye Contact, Whatsoever—Most of the time, if you want someone to take you seriously, you make sure to make eye contact with that persons. But that’s exactly what you shouldn’t do in the case of an angry driver. You want his anger to remain without a specific focus, impersonal. As long as you keep things impersonal, keep yourself out of his sights, his rage won’t have anywhere to go.

Don’t Go It Alone, Get Help—Is the angry driver tailing you or otherwise trying to corner you, so as to force you to fight? Call the police on your cell phone. Drive to a well-lit, highly populated location, such as a shopping mall or a hospital. You can try honking your horn to help draw attention to your plight. That may frighten off the angry driver. Whatever you do, DO NOT get out of your car. Also, don’t drive home, as you will be showing the angry driver where you live, which could place you and your child in danger in the future.

Aggressive driving begins inside your head. Changing the way you feel about driving will change the way you drive.

Don’t Compete—It’s not about who ends up ahead of whom, or who gets there first, because driving is not a win or lose proposition. You’ll be safer and have a much pleasanter drive by not entering a contest with the other drivers on the road or even with yourself. For instance, don’t make a bet, even with yourself, about how fast you can get to the store. Rather, leave earlier, and go slower. Use the added time to listen to your favorite songs so that instead of making good time, you’re making time good.

Benefit Of The Doubt—Instead of getting upset with the way another driver does his thing, do your utmost to rationalize his behavior. Maybe his wife is in labor and he needs to get her to the hospital, pronto. Stay calm and remember: it’s not about YOU. Work On Self-Improvement—If you get angry more often than most people you know, or feel out of control much too often, you may have a problem. Ask your doctor or look online for information about anger management courses. The same techniques used to defuse anger, also help to calm angry drivers. It’s not just about road safety, but about preventing health issues that can develop as the result of anger, for instance high blood pressure and heart attacks.  Look in your local library for books on anger management and stress reduction.

Kars4Kids has a campaign to draw attention to road rage and safe driving. Check out our Beep-Off App. You won’t want to leave home without it! 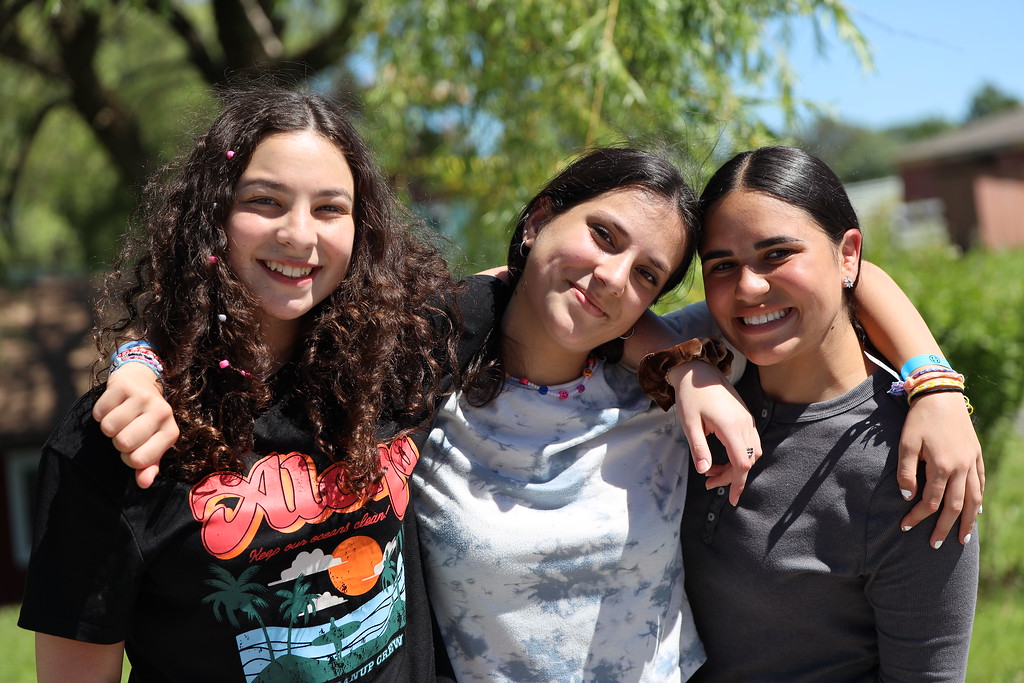 TheZone summer camp is one of the most important Kars4Kids programs for helping kids reach their full potential. These photos show it best! 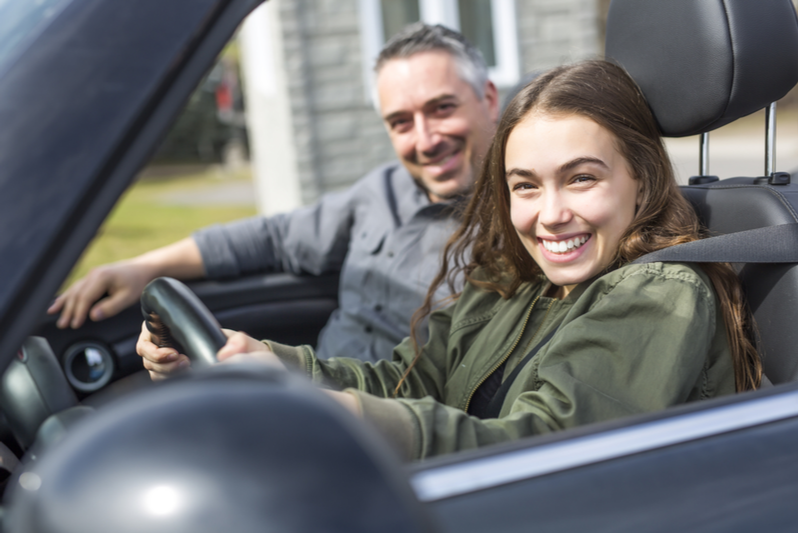 Is Your Teenager Ready to Drive?

Experts describe the hallmarks that show teens are (or aren’t) ready to drive, and offer tips on how to prepare teens for independent driving.

We Miss Our Summer Camp: The Impact is Lasting

Kars4Kids supports two wonderful summer camps in the Catskill Region of New York State. Right up to the last minute, we were planning for the

Is Your Teenager Ready to Drive?