Polo is something aristocrats play. At least that’s the reputation this horse and mallet game has earned. But how many of us know that polo, instead of being played with horses, has been played with cars? Whether you knew it or not, it seems that auto polo enjoyed a brief period of popularity in the early 1900s. And as it turns out, it was very, very dangerous.

Auto polo, in fact, was so dangerous, that teams included doctors and nurses to attend the all-too-common, and often serious injuries. In order to understand why this game is so very dangerous, one must picture motorists charging at each other at top speed in order to acquire a large ball. Perhaps you are beginning to understand why auto polo did not survive as a “fun” pastime for the long-term, especially since the “game” often resulted in loss of limbs.

So dangerous was the game that according to a 1922 article appearing in the Southeast Missourian, was “‘Play to win, regardless of injury to the other fellow,’ is the slogan of auto polo.”  “Owing to the very frequent need of a physician,” continued the article, “each set of players has a doctor and a nurse as a part of its outfit, both of whom are sometimes needed when a player has been seriously injured.”

Auto polo had already been around for a decade by that time. Not unlike a demolition derby, players entered the game knowing that they might be ejected and run over, maybe even intentionally, by players on the opposite team. 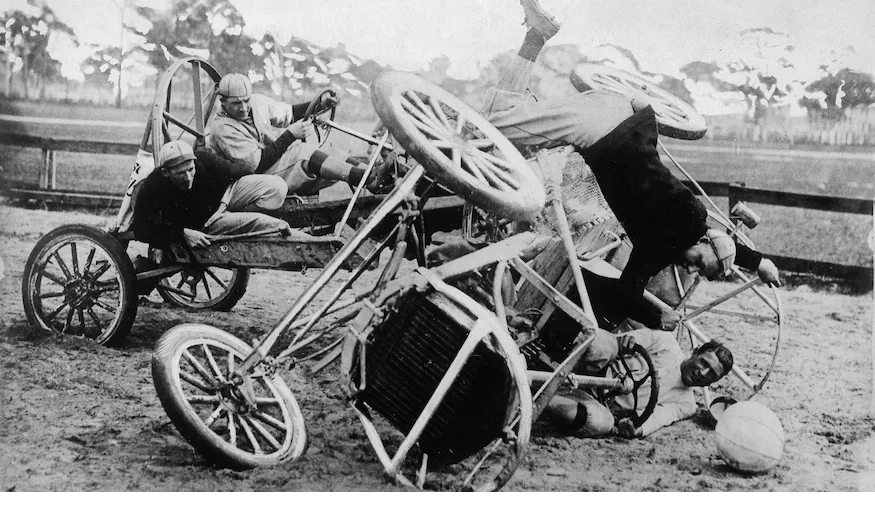 As an organized game, auto polo was dreamed up in 1911 by a Ford dealer in Topeka who was hoping to boost sales. However, Ralph ‘Pappy’ Hankinson’s marketing ploy wasn’t anything “new under the sun.” Auto polo was already a thing all over the country, played in large abandoned armory buildings, farmers’ fields, and exhibition halls.

The rules of auto polo were simple. The pitch had to be a minimum of 300’ x 120’, the goals at either end had to measure 15’ wide, and each team needed to operate at least two cars during the game. Oh, and there also had to be a referee, inside his own vehicle, just trying to stay alive.

Each car needed a malletman and driver. The malletman had a long, three-pound stick which he held out the doorway of the speeding car. Meantime, the auto polo players were bashing into each other with both sticks and cars. The lucky players were thrown free and clear, quite a distance away. Others were not so lucky, ending up with a wrecked car on top of them. 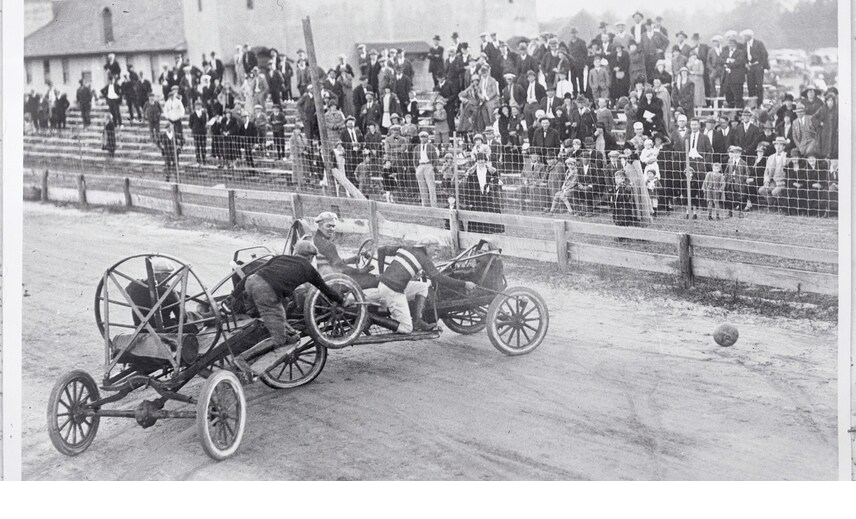 Ever notice how cars slow down so drivers and passengers can gawk at an accident? Auto polo proved to be of similar interest, mostly because the game resulted in carnage. Spectators often numbered in the thousands, hoping for a bloodbath. In fact, when no one was killed during a game of auto polo, the audience members complained.

Auto  polo became so popular that it spread to Canada and Europe. After a while, however, the game was so dangerous that even those in love with slaughter and decimation, realized it all had to end. The Great Depression was the straw that broke the camel’s back and laid auto polo to rest for good. At that point, people couldn’t afford to wreck their cars, because they sure couldn’t afford to buy a new one.

As America inches ever closer to replacing the gasoline-powered vehicle with electric vehicles (EVs), it’s good to pause and consider how the gas-run vehicle helped pull our country out of the Great Depression.