Pandemic Car Travel: Which Car Windows Should You Open? 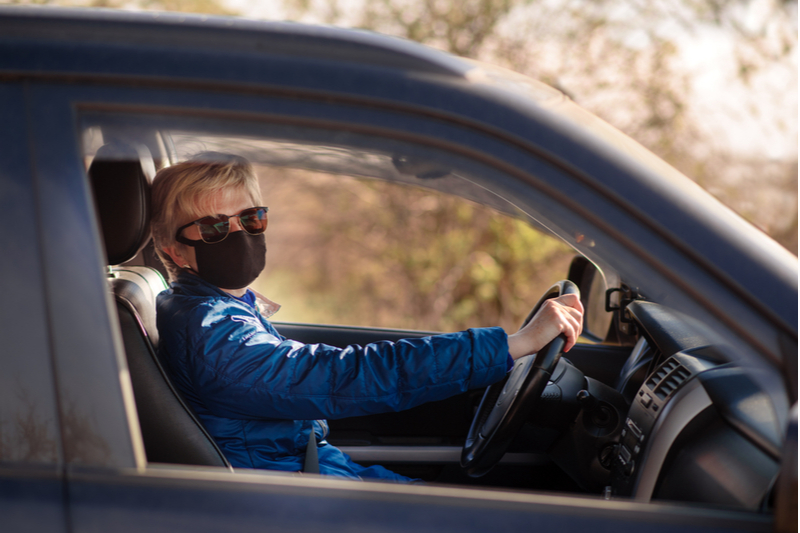 Pandemic Car Travel: Which Car Windows Should You Open?

Car travel is probably your safest option for getting from point A to point B during the holidays. By now we know that having all the car windows open is the best way to protect passengers from any airborne coronavirus germs. But in many areas, winter means it is just too cold to have all the windows open. As a result, you might opt to open just one window, the one next to the driver. As it turns out, a recent UMass Amherst study found that opening only the driver’s window is not the best option for keeping car drivers and passengers safe. The best option is to have all four windows open, but if you can’t, keep two windows open, those farthest from (opposite) driver and passenger.

The study, published December 4 in Science Advances, shows that car drivers and riders tend to open the windows closest to them. That may be the intuitive choice, but while this is better than four closed windows, it is still not the runner up for best option. So says the lead author of the study, Varghese Mathai, an assistant physics professor at the university.

From least to most risky of scenarios for airborne transmission of pathogens in a car, in order, as the scientists understand it:

Everyone understands that cold or rainy weather makes it hard to keep the windows open. Yet particles of airborne pathogens can be aerosolized and stay suspended in the air for long periods of time. If you don’t flush them out of the interior of your car by opening the windows, these particles can build up, putting driver and passengers at greater risk for infection.

Mathai explains that if you open both rear and front windows of your car on opposite sides, an air current from the rear to the front of the car cabin is created, crossing through the middle. In other words, opening the front window on the right side and the rear window on the left side, is the best way to protect both driver and passenger from the literally hundreds of particles released with every breath and which may carry coronavirus germs.

“To our surprise, the simulations showed an air current that acts like a barrier between the driver and the passenger,” says Mathai, who said this is not unlike the air curtain that is caused when a draft blows down vertically at a supermarket entrance, which stops outdoor air from blending with the air inside the building, even though the door to the entrance is open. “While these measures are no substitute for wearing a face mask while inside a car, they can help reduce the pathogen load inside the very confined space of a car cabin,” says Mathai.

What Happens if You Fall Asleep in an Autonomous Car?

What happens if you fall asleep in an autonomous car, and how can rousing a driver from a sound sleep be done in a kinder, gentler manner?