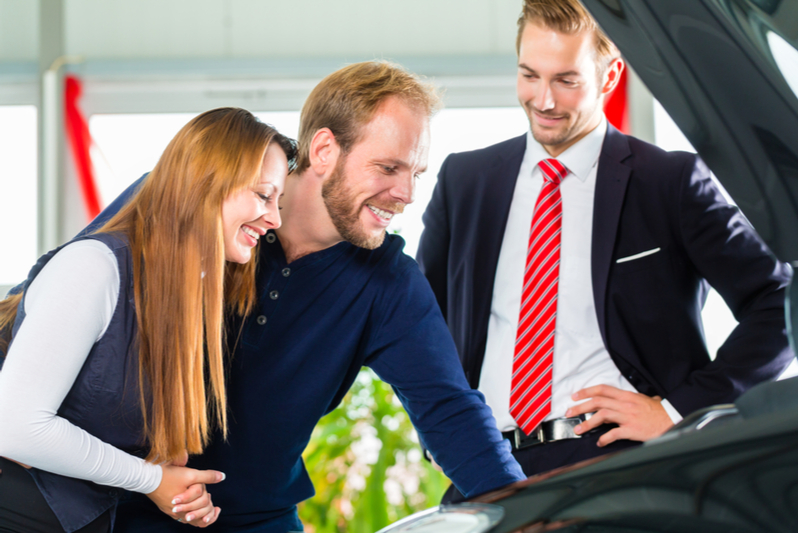 So you want to buy a used car? That used car salesman is all about getting you to make a purchase. That’s why it’s up to the buyer to beware, as is the case with any purchase. Lucky for you, it’s easy to research the history of a used car. This should tell you if the car has been in serious accidents, so that you’re better informed about the risks before you decide to make your purchase.

The secret to learning all about a car’s possibly shady past, lies in its vehicle identification number (VIN). Every car manufactured in the U.S. since 1954 has an associated VIN that is unique to that car. Today’s standardized, 17-character VIN offers the following basic information:

Where to Find a Used Car VIN

The VIN can be found to the lower left of the windshield on the door pillar to the side of the driver’s seat. Alternatively, the VIN will also be on the car’s registration or insurance identification card. Once you locate the VIN number, you are ready to research the history of the used car in question.

Researching a used car begins with running the VIN through the National Insurance Crime Bureau’s free VINCheck database. This database can tell you if the used car in question was stolen and was never recovered, or whether it has a salvage title, which indicates some serious past damage. Other databases, such as CarFax and AutoCheck, offer still more information about cars, based on the VIN, but charge a fee for this information. The information you can expect to find in these fee-based databases include such information as:

Get an Independent Inspection, Too

Note that if a car accident was not reported, it won’t be included in the report you’ve purchased. And if an owner paid for repairs out of pocket, you won’t see this information on any report. And of course, don’t rely on the information you can get by way of the used car VIN. It’s also important to have a mechanic inspect the car. The Federal Trade Commission, in fact, recommends an independent inspection of the vehicle in addition to researching the history of a used car, prior to purchase.

Why is all this so important? Aside from avoiding the purchase of a used car with a checkered past that indicates hidden damage, the car’s history may have an impact on insurance rates. A used car with a salvage title, for instance, may be deemed too risky to insure.

A used car may represent huge savings, but it can also end up to be a huge headache, if you don’t do the homework. So put that VIN number to good use, pay the money to get the car’s former history, and have the car checked out by a mechanic. Some care now will ensure you get a used car that can be insured and that will also get you where you want to go without breaking down or getting into trouble.