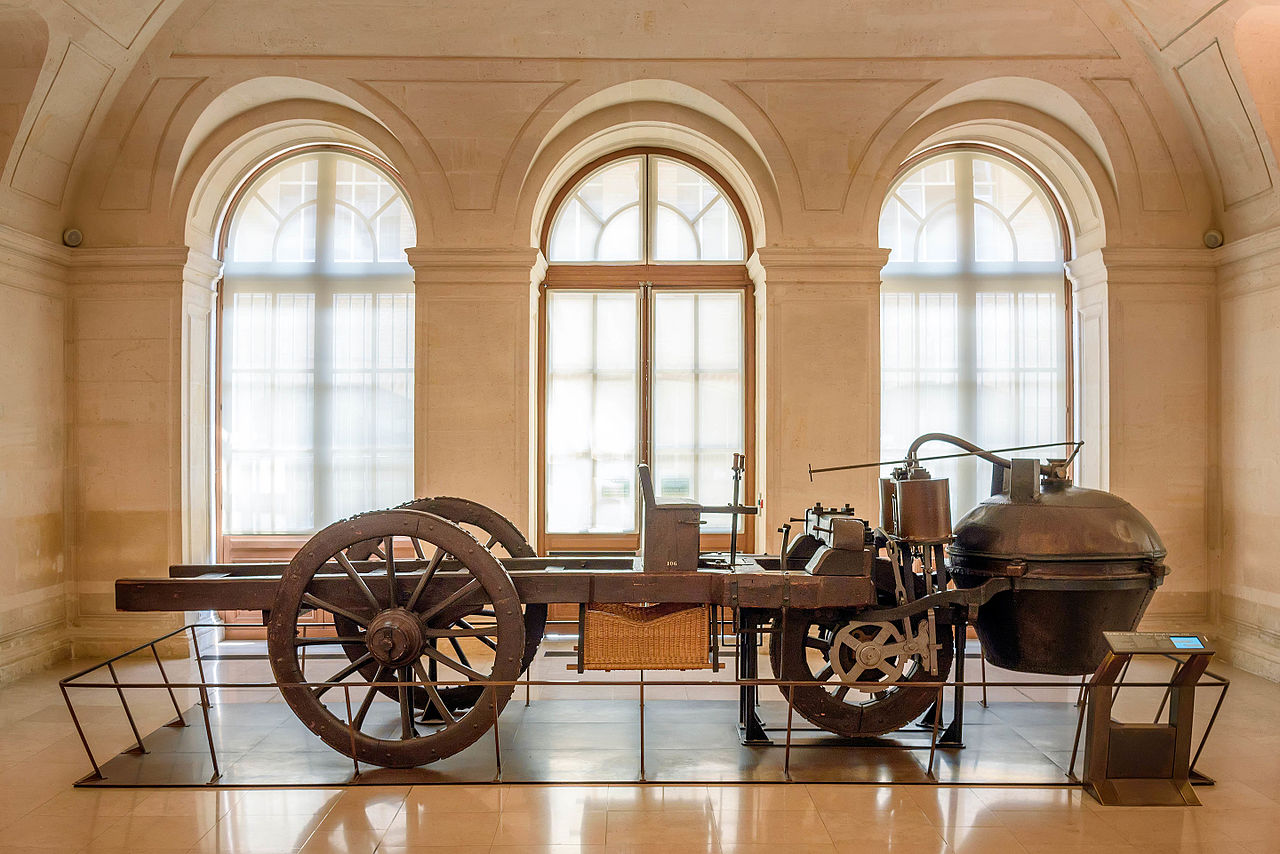 So far in our series, we learned about different steam engines and their purposes. Now we are going to actually talk about the first cars – hooray!

When we talk about cars being invented, many people might be surprised to learn that there is no one person who can claim credit for “inventing” the car. And, to clear up a myth right from the start, Henry Ford definitely did not invent the car! Automobiles were around long before he was born.

Being that the first engines were steam engines, it shouldn’t come as a surprise that the first automobiles were steam powered. The first vehicle that was powered by a steam engine was a military tractor built in 1770 by Nicolas-Joseph Cugnot in France. It travelled at the maximum speed of two and half miles per hour, and had to stop every 10 to 15 minutes. The purpose of this vehicle was to transport heavy military equipment like cannon barrels. After a few trial runs, the French Army decided that the machine was not very useful and decided not to use it.

(There is also some evidence that a steam powered vehicle was invented in China by Ferdinand Verbiest, a Flemish missionary, in 1672. But it is not certain whether he actually had a model built.)

Over the next few decades, as steam technology developed, more attempts were made at developing practical steam-powered cars. While there were many working models, the steam engines generally were very heavy and were most efficiently used on railroads.

In Great Britain, there were steam powered stagecoaches that carried paying passengers. But these were apparently very dangerous to pedestrians, and in 1865 a law was passed requiring a man to run ahead of these vehicles waving a red flag and blowing a horn!

It was only when internal combustion engine technology was developed enough to be used practically that gas powered cars began to dominate the industry.

And that will have to wait until next time!