From the Unsolved Kases of Kars4Kids 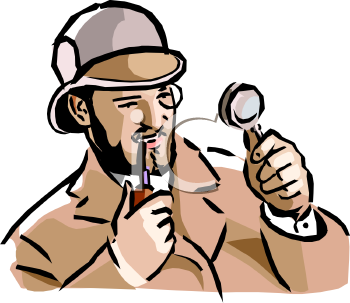 From the Unsolved Kases of Kars4Kids

It was a typical, busy day at Kars4Kids, when Nellie, one of the customer service reps picked up the phone. On the line was a potential donor, or so he claimed. He said his name was Gregory Wilson III, and he wanted to donate a 2003 Mercedes-Benz.

“Gregory” asked about the donation process, and when Nellie informed him that Kars4Kids gives a complimentary hotel voucher for each car donated, he then expressed interest in donating a second car, a ‘70’s classic. He stipulated, however, that the cars be picked up after 2 p.m., so his grandfather, Gregory Wilson, “won’t get mad.”

Suspicious, Nellie said she will need to speak with the grandfather before Kars4Kids will take the cars. “Gregory” gave the rep his grandfather’s number, but asked that the vouchers go to him.

When Nellie called, the man who answered confirmed that he was Gregory Wilson, “Gregory Wilson III’s” grandfather, and although initially puzzled, agreed to consider donating his cars. They left off the conversation with Nellie agreeing to call back the following Monday to confirm the donation.

A short time later Nellie got another call. This time, it was someone identifying himself as “Hector Gonzalez,” from Mexico. The car he was offering to donate was not something that Kars4Kids typically gets: a 2015 Rolls-Royce. But, he needed it picked up that day, in Mexico. Nellie then asked for the VIN, and when she ran it, it turned out it was a 1989, not a 2015. “Hector” admitted he lied about the year to make it more “juicy.” He also said it featured “suicide doors” and was damaged with bullet holes.

When he was told the car won’t be able to be picked up that day, “Hector” insisted he can’t wait. At that point, Kars4Kids decided it was just a prank, and cancelled the donation.

Nellie then noted that the caller I.D.’s of both donors, the Benz and the Rolls, were identical. When she tried following up on the Benz donation the following Monday, she couldn’t get through, and wrote the whole thing off as a hoax.

These are the facts of the case, based on interviews conducted in the Kars4Kids office and on computer records.

Now, almost all prank donations follow the same pattern: someone calls with an outlandish-sounding donation, like a Ferrari or a late model vehicle with low mileage, and when asked for identifying information usually hangs up. Or the address they provide doesn’t exist.

These cases don’t fit the pattern at all. First of all, the first caller gave a name and a legitimate address (a car dealer in California). He also provided a real telephone number, and the person who answered actually appeared to be the donor’s grandfather.

The second call, the Rolls, also was very atypical for a prank. Even though the type of car he was offering, a Rolls-Royce, is usually the stuff of hoaxes, “Hector” was able to provide an actual VIN. The vehicle identification number, or VIN, is a seventeen digit combination of letters and numbers. There is a different VIN assigned to each car made. It’s impossible to make up a VIN.

So, what happened? Was it just an elaborate prank? Or was someone actually desperate to get a bullet-ridden Rolls-Royce across the border from Mexico to the US? But why would the same person, under a different name, want to donate a late model Mercedes in California?

These questions may ultimately be left unanswered. But there is one final clue that might shed light on the matter. The name of the first “donor” was given as Gregory Wilson III. A quick internet search brings up a Wikipedia entry describing Wilson as “an American magician… also known as ‘The Honest Conman’… a magician specializing in close-up magic, sleight-of-hand, and confidence trickery.” He even describes himself as a “deceptionist.”

Was Wilson really pranking Kars4Kids? Or did someone else, someone unknown, use Wilson’s name for some other reason?