#DriveHuman With This Advice From Dr. Driving

#DriveHuman With This Advice From Dr. Driving

Professor Leon James is the go-to guy for anything you want to know about driving psychology—so much so that he’s known as Dr. Driving. A professor of psychology at the University of Hawaii in Honolulu, James has given 1,500 interviews to the media since 1997. That being the case, those of us at Kars4Kids figured there’d be no harm in requesting one more. Prof. James assented to our request, greeting us with a hearty Aloha, and so we’re pleased to share our interview with him here on this beautiful summer day. It seems like a good day for it, considering that AAA expects 100 million Americans to take family vacations this year, with 53 percent of these summer travelers taking to the road for family road trips.

So many families taking road trips means heavy summer traffic. It’s a good time to revisit the Kars4Kids #DriveHuman campaign. Our #DriveHuman campaign was designed to get people to be kinder on the road, to be more sensitive than the driver who infuriates you. To remember that the other driver is also someone’s child, spouse, parent, or friend. Go to our #DriveHuman website to get more information on driving human. Watch our fabulous fun video and take our quiz to learn more about your own special driving personality.

But first, read what Dr. Driving has to say about road rage and keep it in mind when you’re stuck in traffic on the highway getting hot under the collar.

Kars4Kids: Have you identified various personality types as embodied by drivers?

Professor James: I along with other researchers have tried to identify such types but in general these do not yield convincing findings. Driving performance has a variety of determinants such as experience, age, attitude, road conditions, attitude of other drivers, unexpected events, etc. When a behavior is influenced by so many variables it is difficult to prove anything definitive about the personality of the driver.

Kars4Kids: What makes a person behave differently behind the wheel? Why is someone who is courteous in person, aggressive and rude on the road? Does anonymity play a role in this (you don’t really see them as you would in a supermarket, for instance, so they don’t know you, you don’t know them)?

Professor James: Many people can become aggressive in face-to-face situations as well. Our book on Road Rage has sections on walking rage, shopping cart rage, surfing rage, computer rage, office rage, air rage, etc. I believe that lifestyle is the best predictor of aggressiveness in all these different situations. People who use anger and violence to control others will use this same personal style everywhere they encounter frustration due to others. 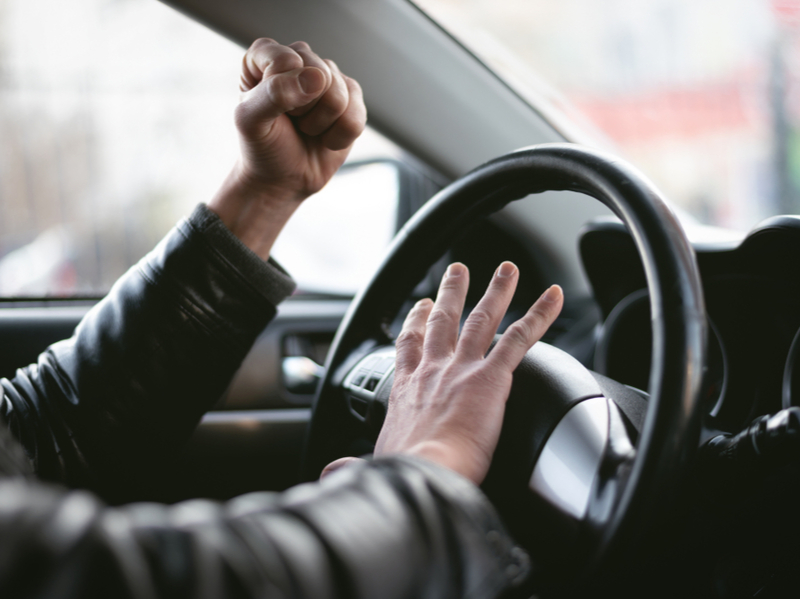 Kars4Kids: Is it dangerous for a very timid person to drive? Will the timid person be unlikely to be able to cope with aggressive driving behaviors?

Professor James: It depends on how the driver expresses timidity. One way might be to drive under the speed limit when the regular drivers on that road are used to driving above speed limit, which is the normal case. This would irritate a lot of drivers who might express their annoyance by driving aggressively around that car. I think the safest way for a timid motorist is to drive like the other motorists on that stretch of road. 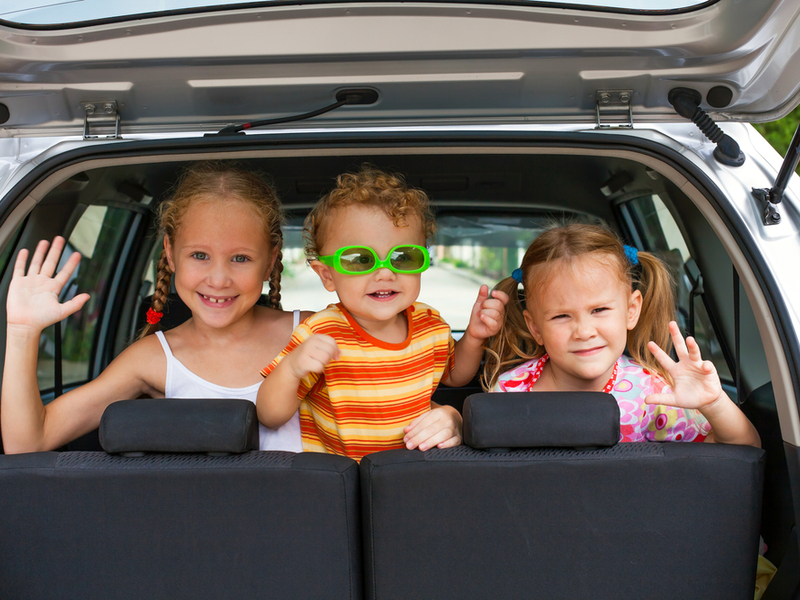 Kars4Kids: If a timid person can be an aggressive driver, is it possible for an aggressive person to be timid from behind the wheel?

Professor James: Perhaps not “timid,” but more cautious than usual, as when a police car is visible.

Kars4Kids: How can people become more aware of their negative driving behaviors and how can these be combated?

Professor James: First, acknowledge that you are aggressive and that you make mistakes as a driver. These mistakes endanger other people.

Second, acknowledge that driving requires a lifelong practice of self-improvement. We never actually get through driver education. We need to keep improving ourselves as a driver and understanding better and better how traffic actually works and how our own driving affects other drivers.

Third, acknowledge that it is immoral and unfair of putting others at risk by the way we drive.

Fourth, keep a driving diary and after you arrive at your destination make some notes about the mistakes you made. Ask yourself: could I have been a little kinder to other drivers and less competitive? What kind of a person do I want to be? 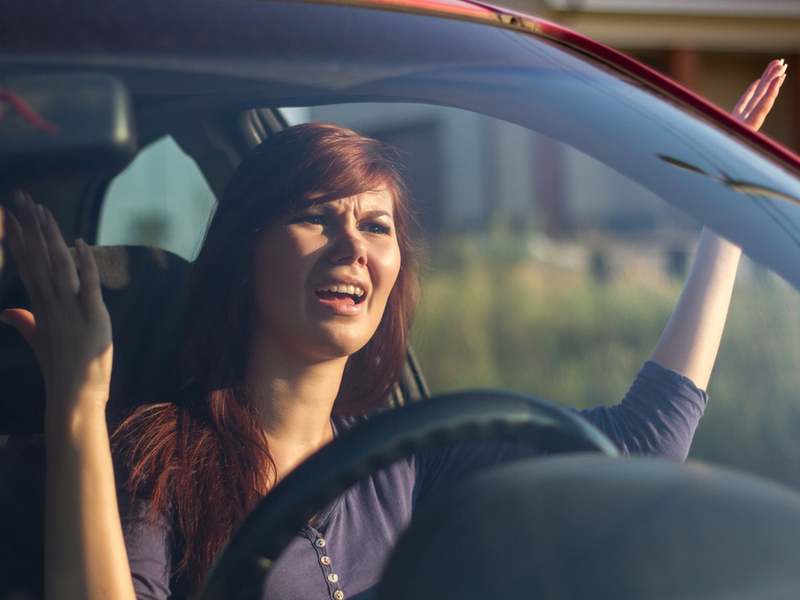 Professor James: In our culture, and I would say most cultures, men are allowed to express anger and violence more than women. An aggressive acting woman often gets ostracized and disapproved of. This gender difference expresses itself in all situations, including driving.

Kars4Kids: What triggers rude or aggressive behavior behind the wheel?

Professor James: Competition and challenge. Many drivers consider their forward progress a right that other drivers should not interfere with. It’s called “territoriality,” as for example: “The road ahead of me where I want to go is my territory. If you interfere with me I will punish you.”

Kars4Kids: When we’re on the road, we aren’t close enough to read the body language of other drivers. Does this sort of distance make it safe for drivers to act out? Does this distance give a driver license to simply impute behavior to another driver without proof and to act on that imagined behavior?

Professor James: Of course, not! However, many people are focused on themselves only and feel no sympathy for other drivers. This is a kind of mental isolation lost in subjectivity. Driver education can help adolescents and young people to practice adopting the other’s perspective, especially in team work, and driving is a coordinated activity like team work. Loners become dangerous and threaten others. Also, we need to learn the psychology of emotional behavior during which we have impaired reasoning and make bad conclusions about what others have done. 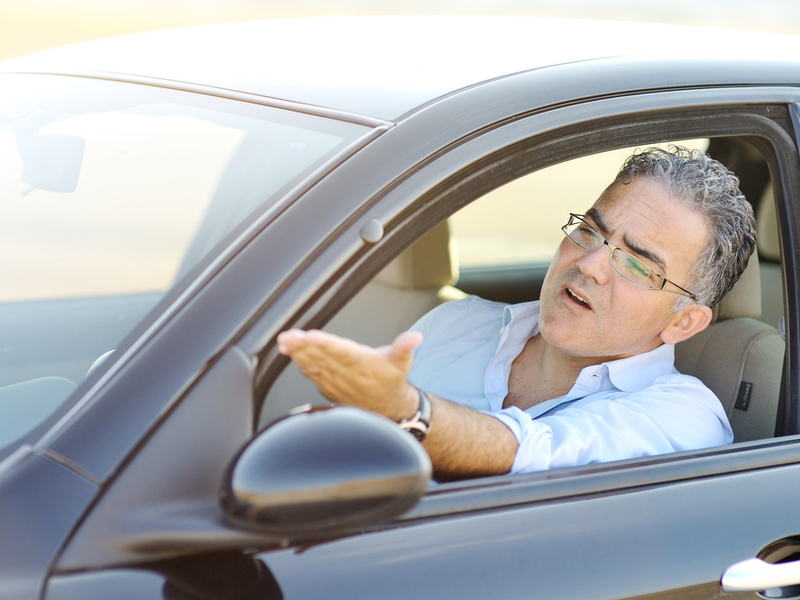 Kars4Kids: Are there safe ways to express aggression from behind the wheel? I know someone who likes to tell off the other drivers on the road from inside his closed vehicle, for instance. Is there something he could do that is more productive; a healthier way to deal with his driving frustration?

Professor James: A good way of dealing with driver frustration due to traffic is first to calm down by changing the breathing pattern by singing or making fun animal noises. After that we need to remind ourselves that we want to be a nice person, a good person, a compassionate person. We can practice to become a “supportive driver” instead of competitive or aggressive. A supportive driver always thinks of the other drivers first, and what they want to do, and how we can support what they want to do by being safe. 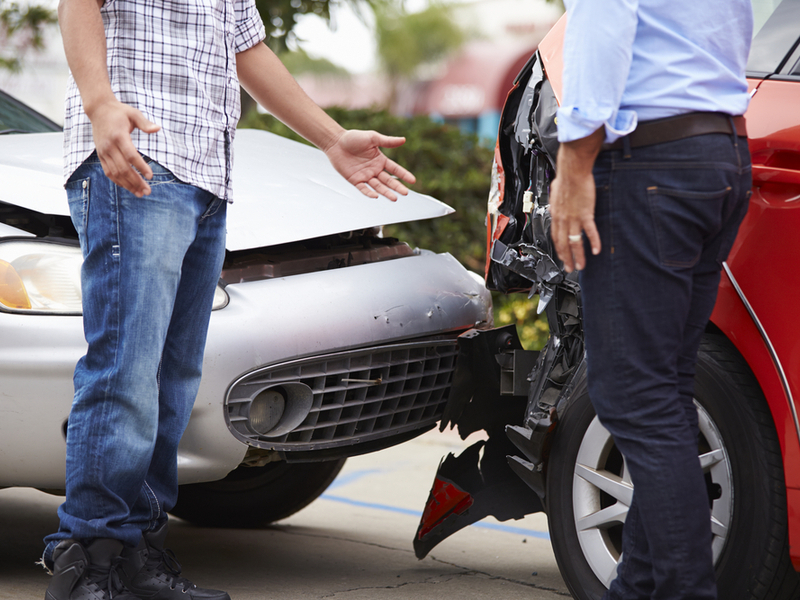 Kars4Kids: How can parents educate their newly licensed children to be courteous drivers, other than by modeling courteous driving behavior? Should parents be concerned about the adolescent brain in regards to their newly driving teenagers?

Professor James: Parents need to start early when the children are toddlers and sitting as passengers in the car. The back seat of the car is what I call road rage nursery. So by the time teenagers are getting a driver’s license they have experienced years of training by the parents driving aggressively and verbally expressing negative and aggressive attitudes towards other road users. This is where it all starts. Every generation becomes more aggressive as a result of this inheritance of attitude.

Parents of teenagers who are drivers need to discuss the morality of driving as well as safety issues. Parents have to aware that they are role models to their children who are passengers when they drive.

Don’t forget to check out our #DriveHuman page where you can take a quiz to find out what kind of driver you are!